Top makeup looks and techniques find their genesis in the drag community. Time to acknowledge this and give credit where its due.

Most makeup aficionados go gaga every time a new contouring technique is showcased, or a hot bright new eye shadow palette is launched. Well, they should thank the drag culture for this. Long before the Kardashian-Jenner sisters went around with baked makeup and uber-contoured faces, these makeup techniques were already being used by the legendary drag queens of the past and also of the present.

In fact, in the olden days when women were not allowed to perform on stage, men dressed up as women and used makeup and feminine costumes to get into character. It’s safe to say, that was possibly the genesis of drag culture across the world. However, it was not necessary that those males had to be queer, but it was only a matter of time before the drag culture, as we know it today, was born.

India has a thriving drag culture of its own and there is ample evidence that this dates way back. For instance, during the Mughal era it was very common for men to dress as women and own it. In the historical annals, there are rich descriptions of harems, where a king’s wives, concubines and all female relatives would stay, had eunuchs as the guards of the harem. Most of these were men, who were castrated, and they often dressed in female garbs to ensure that the women of the zenana were comfortable and secure with them.

However, the prominence of this community was lost when the British came and imposed their strict cultural code and diminished the importance of the drag community in the India socio cultural scenario. “Launda Naach” from the state of Bihar and Eastern Uttar Pradesh, and “Kaniyan Koothu” of Tamil Nadu, are all evidence of the existence of a subculture of drag. These still exist in the pockets of our country and have been celebrated since time immemorial.

Drag is a is a gender-bending art form in which a person dresses in clothing and makeup meant to exaggerate a specific gender identity, usually of the opposite sex. Drag’s main purpose has been for performance and entertainment but also an art form for self-expression and celebrating LGBTQ Pride. In fact, in the modern times model, TV producer and globally known drag queen RuPaul can be credited to have brought the drag culture to the forefront – from being an underground movement to becoming a popular trend. He, with his TV reality game show RuPaul’s Drag Race – where drag queens competed to be chosen as America’s Nest Drag Superstar – brough the whole drag makeup, fashion and culture into prominence.

Priyadarshi Shastri wrote in a Times of India blog that “…, drag is a persona that a person (usually a gay person) develops inside of him. It is how he perceives his inner feminine side. It can be quirk, funny, dark, or whatever you want it to be. It is an alter ego that allows a gay to be how he wants to live or how he feels. Entertaining the people through that side is what drag performances are.”

So, these queens and sometimes kings, who were mainly performers, defined a new genre of fashion and makeup – bold, loud, defined and exaggerated. The more brightly dressed and made up one is, the higher the popularity. They even adopted specific mannerisms in keeping with their style and persona.

In an interview with Vogue India, popular Indian drag queen Rani Ko HEnur (Sushant Divgikr) says, “Drag allows me to show the variety in my performances as well as represent different types of women, queer and trans people.” According to him, drag allows him to create change through performance art. His form of change is about embracing one’s individuality, being flamboyant and be unrestrained.

If you thought that contouring –the art of placing highlights on the high points of the face – was something the Kardashians showed the world, then you are very wrong. Much before them, were the drag queens and drag kings used this makeup trick to make their face appear more feminine or masculine.

In the same interview with Vogue India, Rani Ko HEnur added that makeup is a tool that drag queens use to express themselves, transform themselves. Makeup plays an important role in creating the drag persona. “…Makeup gives me the power to do that,” he was quoted.

It was between 1980’s and 1990’s that drag makeup techniques like baking contouring, cut creasing and overlining lips came to mainstream makeup. This was mainly due to the increasing popularity of the drag queens in mainstream media and the liberation of the gay movement. Today, all these are part of mainstream makeup vocabulary.

Contouring: Drag queens used contouring products, highlighters and foundation to draw attention to specific parts of their faces, mostly cheekbones, jawlines and brow area. They used contouring method to soften their face, camouflage overtly male features and give a more feminine silhouette to their faces. The technique is almost like an art of illusion. In contouring, you are basically playing with light and shade to bring out your bone structure or create a completely new one. Today, the market is flooded is flooded with different variants of contouring products and we have makeup experts using from foundation to bronzer to contouring creams, to even eyeshadow to create the perfect contoured face.

Baking: It is a technique used to make sure that your makeup won’t budge. Drag queens, while performing, need their makeup to stay on and not melt under the stage lights. So, they worked out the baking technique. In this technique, after you create the base with corrector, concealer and foundation, apply a thick layer of translucent powder and let it sit on your skin for up to 10 minutes. This sort of ‘bakes’ the foundation into your skin, giving the skin a smooth, flawless, matte look.

Cut Crease: No one does the exaggerated, glam eye look better than the drag queens. In fact, they are the ones first to show the world how to work bright, colourful, shimmery eye shadows paired with feathery long lashes. In cut crease, you define the crease of your eyes using a lighter, shimmery eyeshadow and then use a darker eye shadow around it to create a contrast. Drag queens use this technique to give a dramatic effect to their looks. It also brings out the eyes and helps in changing the eye shape.

Exaggerated brows and lashes: What is drama without fluttering lashes? The performance comes to life when the queen works her magic with her wide-eyed expression, aided by her lush, feathery lashes.

Over lined lips: Lips lined with a darker lip liner and filled with a lighter colour became famous in the 90s, and from there drag queens showed us how to bring to prominence out pouts. No, it was not Kylie Jenner who showed us how to over line our lips, it was legendary drag queens like Divine, RuPaul, Trixie Mattel, Alyssa Edwards who used the trick to define their lips. Actually, over-lined lips is a very, old tried and tested drag makeup technique. You use a dark neutral lip liner to draw your mouth a little outside your natural lip line and then fill in the lips with a lip colour in shade little lighter than your lip liner, finishing off with a hint of gloss in the centre – all because to create the illusion of full, plump lips. September 10, 2022
Clean Makeup Looks That We Are Currently Crushing Over; We Suggest You Try It Clean Makeup Looks That We Are Currently Crushing Over; We Suggest You Try It September 23, 2022
We Tried The Gush Beauty Glow Getter And Now There’s No Going Back 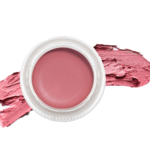 April 5, 2022
Protect Your Strands From Damage With This Repairing And Smoothing Hair Serum September 23, 2022
Why is Clean Beauty More Important Than Ever?

September 19, 2022
“Clean Makeup is About Loving Your Skin and Allowing it to Shine Through” September 10, 2022
Top 5 Highlighters That Are Ideal For A Subtle Glow Or High Shine Healthy Hair Habits To Have; Skin & Hair Expert Dr Apratim Goel Tells Us What To Follow

August 17, 2022
We Tried The Gush Beauty Glow Getter And Now There’s No Going Back July 14, 2022
How You Can Use Self Care To Boost Your Mental Health How You Can Use Self Care To Boost Your Mental Health

June 30, 2022
When Beauty Goals Become An Obsession; What Should You Do When Beauty Goals Become An Obsession; What Should You Do You may have missed

September 23, 2022
Why is Clean Beauty More Important Than Ever?

September 19, 2022
“Clean Makeup is About Loving Your Skin and Allowing it to Shine Through”

September 10, 2022
Top 5 Highlighters That Are Ideal For A Subtle Glow Or High Shine

Healthy Hair Habits To Have; Skin & Hair Expert Dr Apratim Goel Tells Us What To Follow